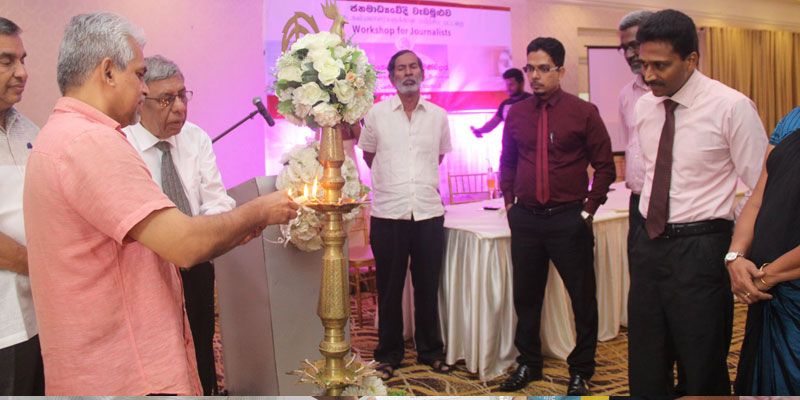 The Workshop for provincial Journalists in Gampaha District

Another workshop in the workshop series which was conducted by SLPC,was held on 30 th of November in 2019 at Samara Banquet hall in Gampaha. The journalists residing in Gampaha district participated to this occasion. “Conflict Reporting & Role of the Journalists” was the main topic of the programme. The discourses were conducted by Dr.Tudor Weerasinghe , the former rector of Sripali campus at University of Colombo "Mr. Wijayananda Rupasinghe , senior lecturer at University of Kelaniya & the Senior journalist Mr. Gamini Sumanasekara with associating conversations & discussions.

Further, Mr.Ayesh Wijayasinhge" Assistant Press Commissioner & Mr. Kushan Devapriya" Accountant participated thereto. The journalists who had participated to the workshop said that conducting such lectures on such vital topics is an immense support for their professional practices.