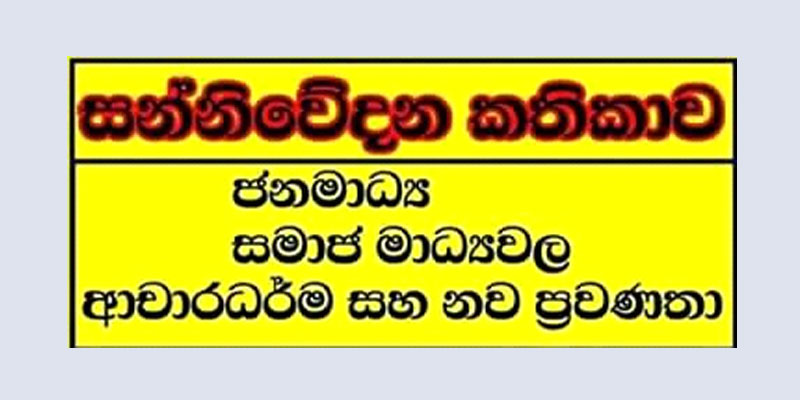 The second session of the “Sanniwedana Kathikawatha” programme on Zoom Technology based on "Media, Social Media Ethics and New Trends" was held on 16th February 2021 at the Sri Lanka Press Council. Veteran media commentator and lecturer Daya Sri Narendra Rajapaksa also participated in the event. All those interested were also given the opportunity to join the discussion through Zoom technology.

We intend to present a review of the discourse on social media, personal and social security social responsibility of social media users, which has emerged as a new trend in media activity.

There have been a number of media-centric issues throughout the history of the media in Sri Lanka, and a similar situation can be seen in recent times. The majority of those involved in the discussion were of the opinion that modern human beings can be seen deciding the fate of their lives by using mass media and social media to convey human emotions that are based on every human activity.

Discussions on media and social media ethics in this country have taken place at various times and are still taking place today. Has this situation led to the formation of a media user friendly culture? Another objective of the scholarly discourse was to show the extent to which it causes.

It was the intention of most of the participants to focus on the current media culture trends, various dimensions and challenges that have arisen in the face of the overall mass media activity and to take the audience to a new approach. The impact it has had on the mainstream media and the contribution it has made to the direction of social action as well as to the building of the social model is immense and we need to build a broader dialogue on this.

The vast majority of people have knowledge of technology but not many know how to use it. Social media is a new medium, the mobile phone transmits information faster than the computer, so the response is very fast,” said journalist Gamini Kandepola. The openness that comes with the inherent qualities and structure of social media results in both positives and negatives.

There is a time in the history of the media where ethics have been violated. The remnants of technology, education and the media are still there today. Narendra Sri Rajapaksa, who was present at the event, said that a journalist should use his pen and camera to report events in a way that does not damage the character or image of a person.

Press Commissioner Niroshana Thambawita who participated in the discussion expressed the following views. Over time, the various dimensions that we build on each issue to build a better society have become ethical. These can be written and unwritten.

Our country too can follow their example and develop a system that suits them. In France and Germany, social media companies are being held accountable for their social media content. But the situation in Third World countries is completely different. The user is responsible. Some countries use this intermediate method. Australia is an example of that.

A participant in the discussion added that this is more or less a dispersal process in the world, challenging the existing situation and creating new dimensions and integration into the socio-economic and political spheres.

The individual is an activist in the social system. His or her interests and all the things that build around him affect his mental existence and it is a huge problem that can be seen today as it is also transformed into social issues through social media. While the average user who uses social media behaves irresponsibly, a professional journalist should focus on the ethical basis of social media use, such as quality behavior for social promotion. Veteran lecturer Daya Sri Narendra Rajapaksa who participated in the discussion further said that the professional journalist should be careful about being honest, responsible and minimizing the damage.

People living in an information world cannot stop chasing. Competitiveness in the media automatically leads to a breakdown in social integration and credibility, and efforts to highlight the importance of ethics in social media have been successful. 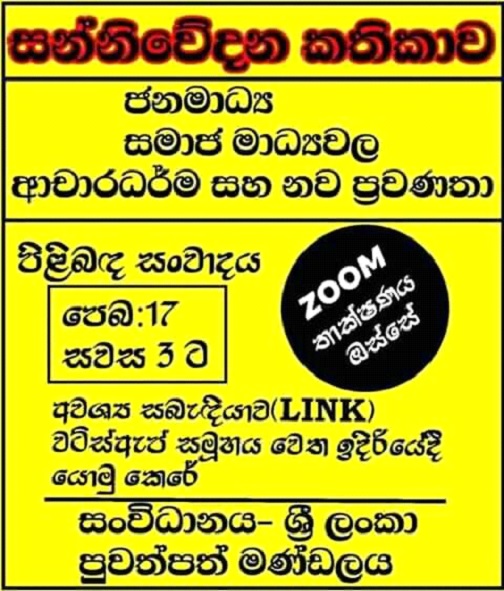